Home  > BLOG  > Mattress Knowledge  >  Talking about the principle and use method of ridge protection mattress!

Talking about the principle and use method of ridge protection mattress!

Talking about the principle and use method of ridge protection mattress! 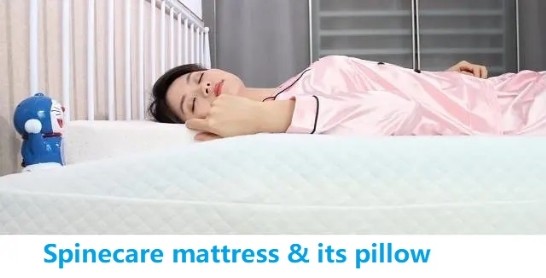 With the popularity of computers and mobile phones in recent years, people's lifestyles are quietly changing. These electronic products have brought a lot of convenience to our lives and work, but at the same time they have also brought a small number of problems. One of the most obvious is that there are people with bowed heads everywhere. The time for bowing their heads has increased a lot compared to before, and spine problems have also increased a lot. A friend who is an orthopedic doctor told me that cervical spondylosis in teenagers is very rare, but now it is easy to see cervical spondylosis in teenagers, and the number is increasing every year, and it is even a few years old to get cervical spondylosis. Yes, and the lumbar spine problems are getting more and more serious. Protecting the cervical and lumbar spine has become a serious problem that many people must face. 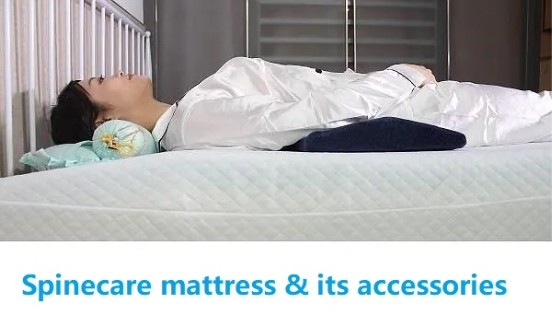 So, how can we protect the cervical and lumbar spine?

I believe that many people know about cervical spine exercises, swimming or kite flying. Facts have proved that these are all good methods. But don't neglect the method of preventing and treating cervical spondylosis at night-there is a lot of bedtime at night. If you make good use of the nighttime bedtime, the effect will be better. Prevention and treatment of cervical spondylosis at night is mainly to use spine-protecting mattresses rationally. Today, I will talk to you about the principle of spine protection mattress and how to use it.

The spine protection mattress is designed with a sloped head, which is to consider that our head down time is much longer than the head up time. According to statistics, before the advent of mobile phones, people's head down time during the day is about 600 times that of the head up time. After appearing, most people bow their heads during the day for more than a thousand times the time they raise their heads. Then it is necessary to increase the cervical spine back at night. The design principle of the spine protection mattress is that it is a mechanical diagnosis theory and treatment technique.

Next, let’s talk about the use of spine-protecting mattresses. Different from ordinary mattresses, the spine protection mattress has a supine traction correction function. When you first go to bed, you can lie on its back in a relaxed manner, as shown in the figure below. This has the effect of traction and correction on the cervical spine. During traction, you can occasionally twist your neck or raise your arms, or cooperate with deep breathing to relax your whole body.

It is recommended that you lie on your back for about three hours for traction correction. After completion, put on the triangle pillow that comes with the spine protection mattress, and fill in the inclined surface as an ordinary mattress. As shown below. Of course, you can also sleep on the other side of the mattress by yourself.

Of course, for problems such as protrusion of lumbar intervertebral disc, we can also use the spine protection mattress with the lumbar protection pillow, as shown in the following two pictures. The small Feiyan movement similar to yoga has a better relieving effect on lumbar disc protrusion and lumbar muscle strain.

The above is the use method of ridge protection mattress. There are some precautions during use, mainly:

1. When you start to use it, it is recommended to set an alarm clock. The traction time for a single supine traction time is about two hours, and then slowly increase the time later.

2. Pay attention to your own feelings during use, and don't rush for success, but you can do it two or three times a day.

3. For people who are not suitable for lying on their backs, such as heart disease patients, it is not recommended to use spinal mattress products.

4. For ordinary people in nasal congestion/rhinitis and other periods of dyspnea, it is recommended to suspend the use of the supine traction function of the chiropractic mattress.

The above is the sharing of spine protection mattresses and how to use them.